Former BFGoodrich Motorsport Australia Off Road Championship (AORC) title holder Matt Hanson believes any hope of a second national title will come down to a strong performance at the Can-Am Loveday 400.

It’s been a tough start to the year for the 2012 AORC champion, with a disappointing result at the Cobb & Co Hotel St George 399 made worse by being unable to attend June’s Tatts Finke Desert Race due to Melbourne’s COVID lockdown.

With current border restrictions forcing event organisers to potentially postpone the event, Hanson is just hopeful of getting his season back on track, having competed very little over the past two years.

“It was really disappointing to miss out on Finke because you put the most amount of preparation for it out of any round, and then to be told just weeks out that I couldn’t compete was really tough,” Hanson explained.

“We actually had the car there already and we were at Sydney airport on our way up when the news broke about the restrictions coming in at midnight so we had to turn back around and wait until it was fully confirmed that we couldn’t go.

“We’re just hoping competing at Loveday can get our season back on track. From a Championship point of view, we’re probably out of the running, but anything can happen and three good rounds could put us right back in contention.

“It would be really discouraging if it (Can-Am Loveday 400) didn’t go ahead, especially as a Melburnian, because it feels like we haven’t raced in such a long time.

“I think it’s important that the event goes ahead, even if some states miss out thanks to the new AORC regulations.

“People have grown to adapt to the current climate and would be happy to do a last minute dash if it was needed because it’s important for the continuity of the championship.”

Should the event go ahead in July and Hanson be able to race, the 49-year-old would give himself an enormous chance to grab a good result as it’s a location he has done well at in previous outings.

“It’s a really good event. The team at Loveday put on a fantastic show and it makes for an entertaining spectacle for everyone there,” Hanson said.

“Already there are quite a few people entered and it’s a very good field, but we think we’d definitely be in the mix seeing as we won there not too long ago.

“The track has a bit of everything and requires a variety of skills, not just horsepower, meaning any car can win. There are also pretty cool jumps in front of the spectators, but it can get dusty so being towards the front is vital. “

With 55 crews already entered in the round, including a number of title contenders such as Josh Howells and Greg Gartner, event organiser Tony Whateley was unsure as to what would happen.

“We are really hopeful this can go ahead,” Whateley added.

“We’re happy with the number of crews entered and it’s growing every day, so we’re extremely hopeful that the State Government can help out and reduce those border restrictions.

“I have had to cancel some big events over the past 18 months but having this event would mean so much to not just me, but to so many crews around Australia who want to get some normality back in their lives again.”

The Can-Am Loveday 400 is currently scheduled to take place at the Loveday Adventure Park on 23-25 July. 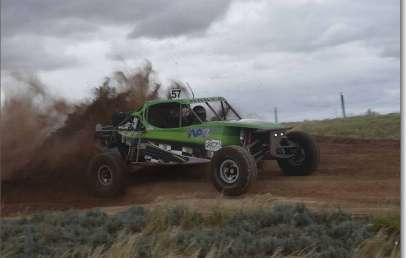 Loveday in perfect condition ahead of Central East Cup